"I’ve survived a lot of things, and I’ll probably survive this." – J.D. Salinger

I feel a funny mixture of I should have written this ages ago and should I be writing this right now? But I choose to move forward.

What we learned from something like the #metoo movement is that most women (though of course it is not limited to just cis-women) have experienced some level of sexual harassment, assault, or worse. I am no different. I have had experiences bouncing around in my own head that range from a strange man putting his hands on me in public without my consent (pretending he didn’t mean to on a crowded subway or at a concert) to a date gone terribly awry.

I think about the lesson most women learn as they venture out into their social elements. If a man comes up to you and starts hitting on you, it’s best to say you have a boyfriend. Simply being uninterested in his advances isn’t enough. But they will respect the unseen man that may or may not actually exist.

I know this to be a relatively accurate reality. Some men, some drunk men, become aggressive when you don’t want to talk to them. Some drunk men force you to make up lies because you don’t want to dance with them and you don’t want their hands on your hips. Some drunk men get angry even when you tell them you’re a lesbian, not romantically interested in men at all, and there with your girlfriend. (I’ll take this moment to remind you that men usually respect “I have a boyfriend” as a response, but they do not respect “I have a girlfriend” which is a whole ‘nother level of what the fuck.)

I was lying and was, in fact, there with my brother’s girlfriend. But we were trying to get each other out of a bad spot. And even though we were giggling through the lie, we were clinging to one another out of our fear and discomfort from the angry man before us.

“Go on and kiss, then.” He angrily sneered, standing too close to us.  “Prove it.”

From there, it gets a bit blurry. I know we forced our way through a crowd to our group and told our friend behind the bar to stop serving the guy and kick him out, which luckily happened. And I remember feeling defeated, trying to retell the story to some of our male friends, who just couldn’t understand how in danger we felt.

I remember being 26, retelling a date where I invited the man into my home, into my room, and he forced himself on me, aggressively undressing himself and trying to undress me, touching me and leading me to touch him in ways I wasn’t comfortable with. I didn’t know what to do except try my best to get through it as quickly as possible. The man then became angry that I wasn’t “into it,” and “it” was his naked body on top of my nearly fully-clothed body, as he tried to get himself off. I feigned that I was tired and he quickly (and, yep, angrily) got his clothes back on and left.

When I retold this story, after feeling quite embarrassed and dirty and… weird, I was surprised at the responses I got. It was a pre-cursor to some of these white male republicans, as someone told me “You were asking for it” and, “what did you expect? You invited him into your room.” Some of these responses came (I’m sorry, but unsurprisingly) from a frat guy and others (very surprisingly) from a female friend. I was made to feel at fault, I was made to feel like some sort of tease, like I should have had sex with him, and that maybe it might help my case if I apologize.

The worst part? A part of me kept thinking they were right. So I apologized to him in text, and luckily we never planned to meet up again.

But a few months later, I walked out of my usual subway and nearly walked right into him, and I’ve never felt a colder sweat than the one that covered my entire body in that moment. I didn’t walk, but ran all the way back to my apartment, locked myself in my room, sat on my bed and just… thought about it. Thought and thought and thought. And realized, those people who heard the story, who told me I was asking for it, they were wrong.

I can invite you into my bedroom and not expect you to forcefully try to engage in sexual acts, especially when it’s clear I don’t want it. If I say no, accept that as my answer, don’t try to convince me otherwise. If I’m not interested in you, you don’t have the right to get angry. I can wear a short skirt, I can get a little too drunk, that doesn’t mean you can put your hands on me or have sex with me.

I’ve read the transcripts of Dr. Christine Blasey Ford in her testimony against Brett Kavanaugh (I don’t have TV) and it gutted me, it made me sick, it made me feel cold chills reminiscent of that day outside of the subway station on Bushwick Avenue. I believe her, I believe survivors, I understand the fear that comes with wanting to tell someone what has happened to you, because you don’t want to be blamed for it because your skirt was too short or you were sorta maybe kinda drunk, and you know what someone might say to that: you were asking for it.

And we believe the victim. And we care. 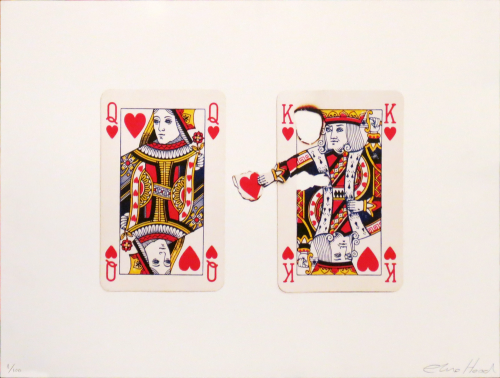 I was twelve years old when I had my first Valentine’s Day experience. My boyfriend and I were to exchange gifts at my locker between classes, and the only reason I’d even gotten him something was because I’d been tipped off that he’d gotten me a gift. That gift, as it so happened, was a pug stuffed animal and a box of chocolates accompanied by a card declaring his eleven year old love for me. When I handed over my gift, two boxes of Sweetheart candies and an accompanying card with similar declarations of love, he was disheartened. He hadn’t yet learned the art of playing it cool and had noticed that he’d spent a considerably larger portion of his allowance than I had. It was middle school, I wasn’t making a lot back then. Even at twelve years old I was annoyed by this interaction. I didn’t mean to spend less than him, but I also didn’t care how much he had spent on me. (And, let’s be honest with eachother, how much did that pug really cost? C’mon.)

I can’t be completely certain, but that entire Valentine’s Day exchange may have been my saving grace; the thing to keep me from being a person who avidly, painstakingly cares about February 14th. And it is just a date, though I can’t blame you if you’ve been duped by it. For years and years, it has masqueraded in red and pink flowers, hearts, diamonds, fancy dinner plans, all to fool unsuspecting people into thinking that it was really a thing. It has effortlessly fooled couples into slaving away to put on a good performance on this single day of the year and has tricked single people into thinking it suddenly matters more that they’re alone than it would have on, say, February 13th. That’s quite a power to harness for a single date on a calendar.

Valentine’s Day derives from various tales of martyrdom, and was only celebrated for love and romance in the 13th century when people concluded that February 14th was the first day of mating season for birds. And like Halloween before it, we as a civilization have taken a day that meant something completely mundane and mutated it into something kind of… well, worse. And not only that, but it has, in turn, made people feel sad and dejected. I mean, to the point where a movie called How To Be Single is being released on Valentine’s Day weekend, because they are hoping to prey on all of the single ladies in the world womp-womping around because they don’t have any plans.

That’s the funny thing about Valentine’s Day. It’s supposed to be this day about love, right? The priest (Saint) Valentine defied Emperor Claudius II and continued to marry young lovers even though marriage had been outlawed in Rome (because single men made better soldiers than married men, natch!), only to be caught and executed for his crimes. Love, right? He died for love! I guess!

So I still put my love to use. Romantic love isn’t the only love, you know. And it’s the far more elusive form of love in my life, anyway. Instead, my dad has been my Valentine for the last few years, because he’s pretty cool and sometimes he sends me flowers that show up a day late, because why wouldn’t they? On Valentine’s day, I choose to revel in the card my Nana picked specifically for me, and the little candy that she attached to it. I choose to swoon over my dog because she’s really fucking cute and she loves me back no matter what. And I choose to set up dinner plans with a group of girlfriends because the power of female friendship is beyond measure.

Getting drunk on pink wine and guacamole with a bunch of friends are the plans you wish you had last Valentine’s Day. And there might be a friend or two who will drink too much and begin to lament about better V Day’s gone by… let them. Order more wine for the table, eat more carbs than you’ve eaten in the last month, roll your eyes at all of the loved-up couples sitting at the surrounding tables (because, ugh, PDA). Get drunk! Throw condoms around the bar! Swipe your Tinder (or Hinge… or Bumble… or OKCupid, if u nasty) screen with reckless abandon! I’m telling you, these are the makings of the best February 14th you’ve ever had. Trust.

Valentine’s Day is only real if you believe it. So I choose to put it out to pasture with all those other things people tried to make me believe were real, like velour track suits, Ed Hardy in general, “meninism”, Windows phones, rainbow-colored armpit hair, and YOLO (wishful thinking).

Just set a reminder for the morning of February 15th. You’ll probably have a headache from all the rosé you were drinking, but those recently discounted heart-shaped Reese’s peanut butter cups aren’t going to eat themselves.